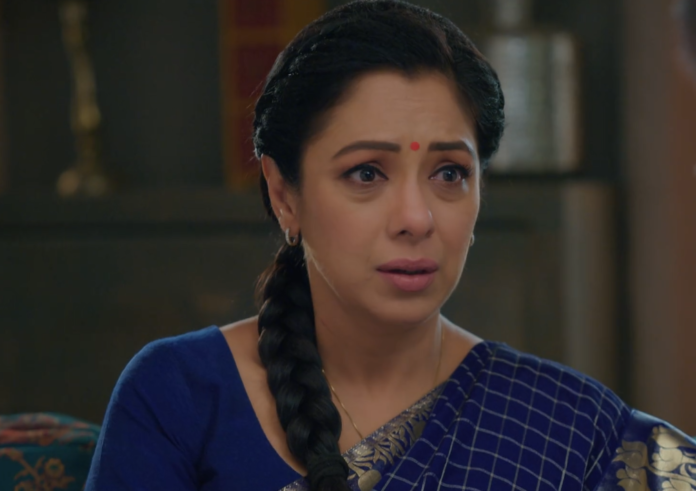 The episode starts with Anuj and Anupama peeling peas and Anuj makes a ring out of it. Anuj tells Anupama that they have come along a long way from her not being able to understand his Shayari, to completing each other’s words. Anupama remembers the same and Anuj says they have confessed their love to each other and now he is ready to take the next step.

Anuj makes a ring and puts it in Anupama’s palm. Anuj says he wishes to marry her and reveals that he is not doing this out of pressure from society or family. He says he really wishes to marry her as he wants her to become his forever. He reveals how when he was in college, he directly wanted to ask her hand.

Anupama doesn’t reply to anything. Anuj says he understands that she has seen relationships changing with time and promises he will never do anything that can hurt her. Anupama blushes and Anuj gets Samar’s call and they leave for the dance studio.

Pakhi will be seen talking to her boyfriend and says she have to be careful. Kinjal comes there and informs Pakhi that she will be there for her. Pakhi says she understands that Kinjal will stand by her but Baa will blame her too because of her.

Anupama and Anuj will be seen walking through a Baarat and the Sindoor fall on Anupama’s maang. Anuj cleans it and reveals how he is not interested in making Anupama, Mrs Anuj Kapadia. Anupama gets confused and looks at him. He reveals he understands how hard she worked to become Anupama, a person who has her own recognition and not someone’s wife or mother. Anuj reveals that he will never take that from her.

Anupama gets impressed with Anuj. He reveals he can’t wait to become his husband. Baapuji will be seen checking his bank books and decide to take some money out. Baa asks what is he doing and he says checking how much he has in the account. Baa asks Baapuji to take from Vanraj and he rejects.

Baapuji goes and Kavya says why did Baa stop baapuji? Kavya says now Vanraj is managing a huge business and there is no monetary limit. Baa reveals that she doesn’t know who he will give the money. Kavya says Vanraj will feel bad if Baappuji gives money to Anupama.