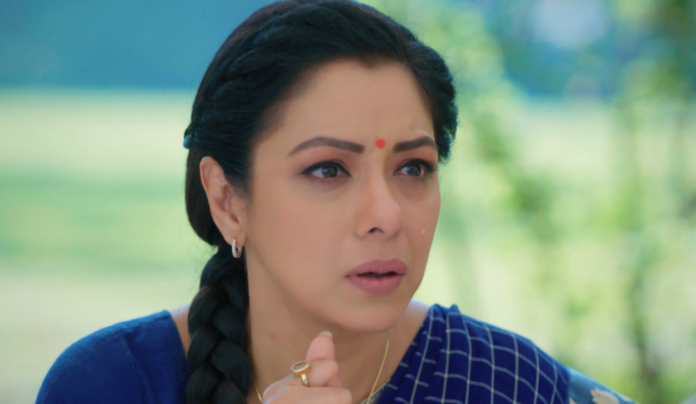 The episode starts with Kinjal praising for the hard work he put into the decorations. Hasmukh reveals that it is a collective effort. Leela comes there and says nobody has ever decorated for her birthday and Dolly’s daughter ask if she is jealous. Dolly asks Leela to go to the cafe if she isn’t interested in celebrating Anupama’s birthday.

Hasmukh says it is a good thing that Toshu and Vanraj are absent as they would just say things to spoil the mood. Vanraj comes there which shocks everyone. Hasmukh asks what is he doing here and he says he won’t live on the road just because the family is busy celebrating someone’s birthday. Vanraj says he will be working from home.

Anuj will be mesmerised seeing Anupama and Anupama blushes. Anupama and Anuj come to the Shah house and Vanraj starts to taunt her again. Anuj gets angry but Anupama asks him to cool down and gives a befitting reply to Vanraj. Anuj and Anupama ignore Vanraj and walk inside. She takes Hamukh’s blessings while Baa refuses to bless her. Anupama persists and Baa blesses her.

Anupama decides to reveal the matter of Anuj’s proposal to the family but Samar interrupts her and wishes her together with the family members. Anupama says she is here to share good news and Kinjal faints.

Anupama gets worried for Kinjal and Toshu is about to call the doctor but Kinjal says no. Anuj understands that Anupama is about to say yes to him and reveals the same with GK who gets happy for Anuj and Anupama. GK blesses Anuj and Anupama all the happiness in the world.

Kinjal wants to share this news with Toshu but she reveals to Anupama how he has no time for her. Anupama consoles her.

Precap: Anupama and the family dance happily and Anupama says she has good news to share with the family. The family questions what is it and Anupama stands shocked as she looks at Anuj.