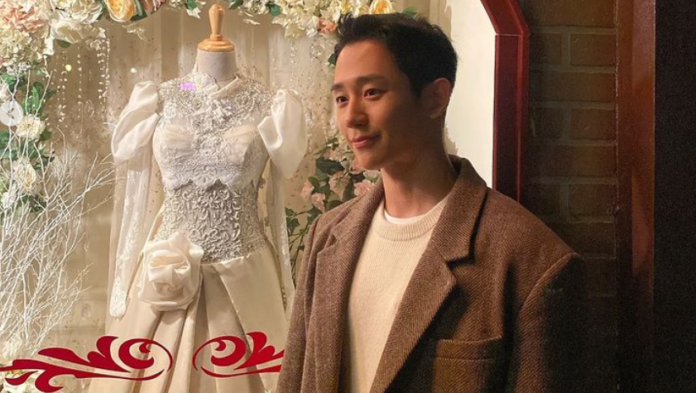 Actor Jung Hae-in plays the role of Im Soo-ho in the drama “Snowdrop.” The actor posted two pictures on his Instagram account and received a wide range of comments on the same.

First, he posted a picture where he is bleeding from his head and concerned fans asked him why he was bleeding?

The second picture was Sooho smiling in front of a wedding dress boutique which got us screaming in excitement that Sooho and Youngro might be getting married in the upcoming episodes.

Snowdrop was first aired on December 18 last year, is set in Seoul in 1987. One day, Suho, a prestigious university student, suddenly jumped into a dormitory full of blood, and Youngro (Jisoo), a female college student hid and healed him despite the terrible surveillance and crises.

Snowdrop is Jisoo’s first acting venture and she didn’t disappoint Blackpink fandom at all. Her acting was on point and natural and the chemistry with Haein was loved by many. Tell us how excited are you about the new sequence?

CHECK OUT!!! Moonbyul’s answer to Wheein being competition!!!!