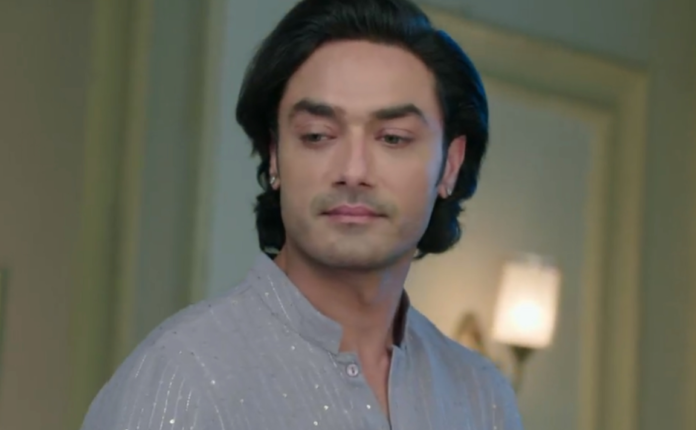 The episode starts with Krisha asking Rati to reveal the culprit of her miscarriage and asks if Raghav did this? Rati lies to everyone and says she has slipped on her own and Raghav has no hand in this. Raghav asks Krisha not to blame him for everything and Ugra asks Krisha to let her son mourn in peace. Krisha gets shocked and the police officer says they can’t help it as Rati herself revealed that Raghav is not the culprit. Vamika reveals this is the reason she has cancelled the press conference.

Devraj takes Jaya to her room and Jaya reveals how Krisha can never become one of them and says she likes Krisha but Krisha doesn’t understand their customs. Devraj gets worried and Jaya tells him if he is ever stuck between love and duty, look at the Kada on his hand and decide. Jaya asks Devraj to rest and leaves for her room with Latika.

Rati comes to Krisha and asks her not to abandon her too. Krisha says if Rati couldn’t stand up for her own child, why is she expecting her to stand for her? Rati cries and reveals how Raghav has threatened her to kill her parents and Krisha gets shocked to see Devraj overhearing the same.

Devraj comes there and apologises to Rati for not being able to be a good brother and reveals how he would sort things out with Raghav and Rati asks him to stop. Rati reveals how she would get her own revenge on Raghav by becoming a strong woman and Krisha encourages her. Devraj promises to stay on her side as well.

Devraj says he has never doubted Krisha’s intentions but Krisha shouldn’t be doubting his as well. He leaves Krisha alone and the next day Krisha tries to surprise him with his favourite breakfast while she learns that he has left for work. She reaches the workplace and finds Devraj signing a deal with Vamika.

Vamika tries to get closer to Devraj and calls him family and also tries to feed him a doughnut and Krisha bites her hand. Devraj asks why did she do that and she reveals how Vamika called them family.

Vamika asks Devraj to come along with her for the formalities and Krisha stops him and apologises for her behaviour. Devraj gives her the challenge to make Thai food and he will surprise her with a date and is about to kiss her while Vamika looks at them and gets angry. Vamika thinks Devraj deserves someone better like her and not Krisha. Krisha thinks she won’t let any evil eye ruin their relationship.

Krisha makes food for Devraj and Rati tries to help her but Krisha stops her. On the other hand, Vamika reaches Devraj’s bedroom and he thinks she is Krisha and pulls her and they both fall down. Devraj gets shocked to see her while Vamika gets mesmerised seeing her.

Precap: Devraj gets irritated that he lost a game against Vamika and cancels the date while Vamika comes to Krisha and taunts that Devraj forgot about Krisha while playing with her. Krisha understands what is Vamika trying to do and says she won’t let anyone’s bad eye ruin her relationship. Vamika looks at Devraj swimming and says whatever Princess Vamika wants, she gets it.